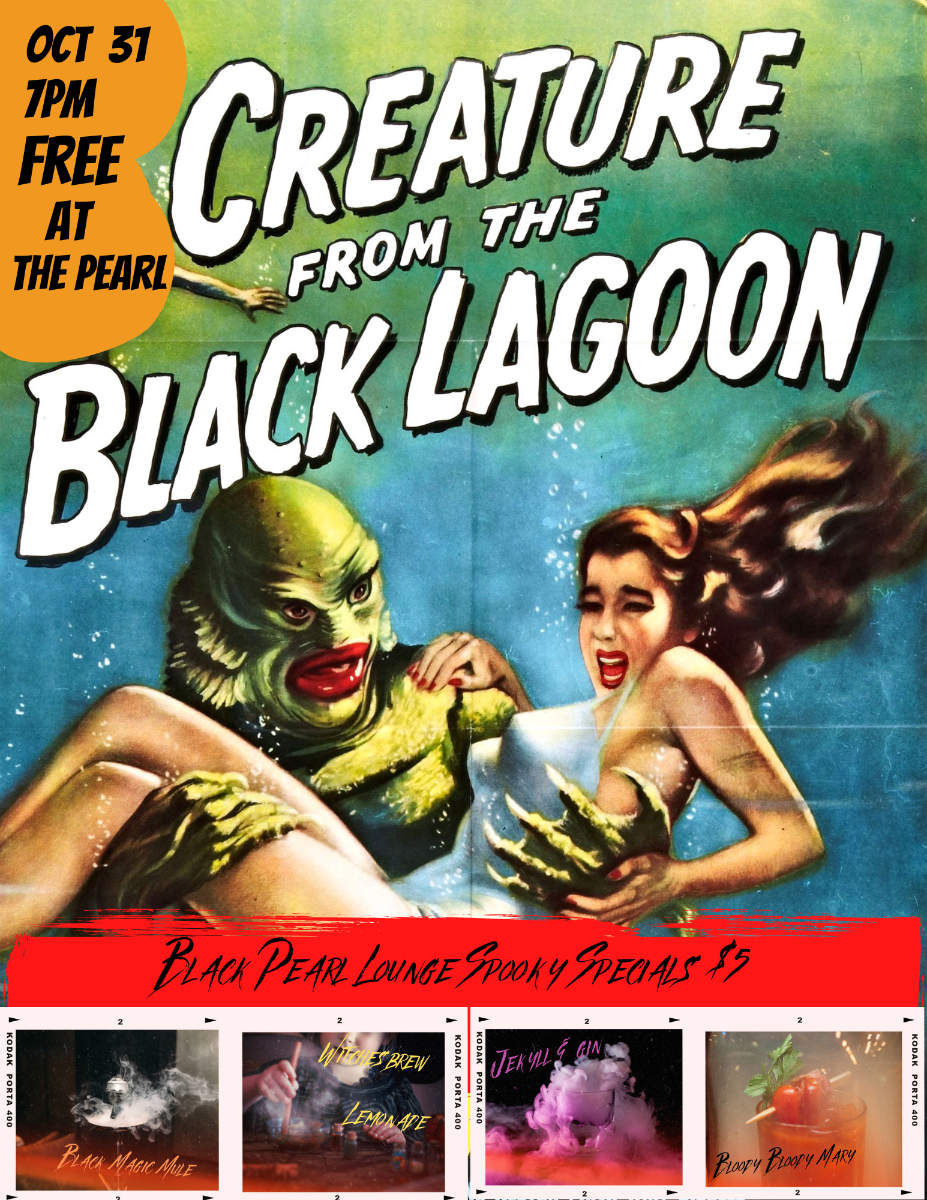 Black Pearl Lounge will be open with great spooky specials this Halloween night! Classic fun for all ages. Creature from the Black Lagoon premiered in 1954 and starred Richard Carlson and Julie Adams in the lead roles. It tells the tale of scientists traveling to the Amazonian jungle, where they soon discover a terrifying monster. The film was directed by Oscar-nominated director Jack Arnold, who previously worked on the Science Fiction movies It Came from Outer Space and The Incredible Shrinking Man.